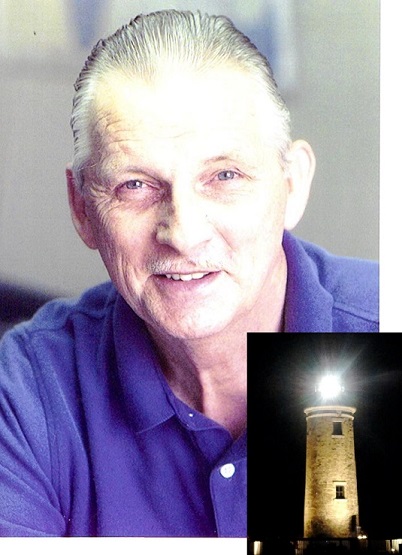 It is with heavy hearts and crying eyes that we have to announce that we lost our President and dear friend Chuck Brockman. He is now welcomed into heavenly arms and with his wife Scotty (Margarite).

Charles (Chuck) Brockman died March 1st, 2015 at his home on Harsens Island. He was born May 28th, 1934. Mr. Brockman was born and raised in Mount Clemens and worked in the Macomb Daily newspaper composing room for 34 years, semi-retirering in 1999, he continued to write the boating column for the paper until 2006.

Serving in the Army from 1954-56 in Munich, Germany he traveled extensively in Europe.

He was predeceased by his wife of 30 years Margarite, his father, Harvey and mother, Roma, sister Janet Grime and is survived by a niece and three nephews.

An avid lifetime recreational boater, Mr. Brockman cruised to many destinations in the Great Lakes and called Lake St. Clair his home port. Taking delivery of their last boat in New York, they brought it back through the Hudson River and Erie Canal to the Great Lakes treating the cruise as a vacation.

Loving a bit of adventure, he also liked to fly in large and small planes of every type, including parasailing and sail planes. At the age of 71 Mr. Brockman did a successful tandem sky dive saying it was something he always wanted to do.

Memorial contributions may be made to the Save our South Channel Lights Organization.

Donations can also be done directly on the site www.soschannellights.org (To Donate)

Support and Save Our South Channel Lights